A dream in white: our Arctic Road Trip takes you from Whitehorse, capital of the Yukon, to Tuktoyaktuk on the Arctic Ocean during the thrilling season of winter. We head first to Dawson City, the gold rush capital, where we catch a bit of the gold fever ourselves by touring the historic town and visiting its dance halls and restaurants.

From here we head north on the famous Dempster Highway through the Tombstone Mountains, which are some of the newest and rawest peaks in North America. Almost entirely alone as we travel this remote winter road, we’ll reach Eagle Plains and spend the night in a warm hotel, before crossing the Arctic Circle early the next day, where a little celebration is planned. Leaving the Ogilvie Mountains behind us we pass over immense arctic tundra before climbing up and over the Richardson Mountains and into the Northwest Territories and our first hint of the Arctic Ocean. We’ll cross two ice bridges before reaching Inuvik, a modern town on the edge of the Mackenzie River Delta.

From Inuvik we’ll take a side trip on the strange and fascinating Ice Road to the old arctic town Aklavik, across the Delta. Finally, we’ll head north on the newly completed highway to Tuktoyaktuk, an Inuvialuit hamlet on the arctic coast. Here we’ll join a local family for a few traditional snacks and stories of life in the far North. Back in Inuvik, we also have the option of an unforgettable dog sled tour.

(This tour is also offered in a reverse itinerary, beginning in Inuvik)

You do not want to drive this far? Take a look at our Trondek Klondike Dawson City experience here.

Welcome to Yukon. Your guide will meet you at the airport and bring you to your downtown hotel, where we’ll have a short pre-trip meeting. (Overnight accommodation in Whitehorse)

With just over 27,000 friendly and adventurous residents, Whitehorse has the feel of a small town in the middle of a vast wilderness. In the morning, we’ll take a tour of the city, including a visit to the SS Klondike National Historic Site. A short drive beyond city limits is the Yukon Wildlife Preserve, where we can see the North’s most photogenic species, including moose, bison, and arctic foxes, up close. The Preserve is also a piece of pristine habitat with pleasant trails to explore. At the nearby Takhini Hot Pools, we can soak outside in natural hot springs, and with some luck, catch our first view of the northern lights. (Overnight accommodation in Whitehorse)

A six-hour drive along the North Klondike highway this morning takes us to Dawson City, the famous boom town at the center of the Klondike Gold Rush. Dawson was the final destination of the more than 100,000 stampeders who made the journey in the spring of 1898. We’ll be following their route for much of the way, with sweeping views of the Yukon River. (Overnight accommodation in Dawson City)

Now a National Historic site, Dawson’s frontier character has been preserved, and in the quiet winter months it is a photographer’s heaven. We’ll get a sampling of the town’s many stories and legends with a city tour in the morning, then drive out to Bonanza Creek, epicenter of the first great gold rush in 1896. Before sundown, we’ll have time for a drive up the Midnight Dome, which overlooks the town, for a view stretching out to the famous gold fields, the frozen Yukon River, and into the distant Ogilvie Mountains. (Overnight accommodation in Dawson)

It is now time to start our drive towards the Ice Road and the Arctic Ocean. From Dawson, it’s more than 400 kilometers north to Eagle Plains, without so much as a service station to interrupt these rugged subarctic mountains. The Dempster Highway follows traditional trails of Han and Gwich’in hunters and trappers through the Ogilvie Mountains. Tombstone Territorial Park, which straddles the road, contains spectacular jagged peaks that make for stunning landscapes. The park also marks the transition into arctic tundra and the range of the Porcupine caribou herd. We’ll spend the evening at Eagle Plains, a modern outpost on the edge of the Arctic Circle that is the only hotel for 300 kilometers in any direction, and an extraordinary location to view the Northern Lights. (Overnight accommodation in Eagle Plains)

Early in the day we’ll cross the Arctic Circle, with a pause for a short celebration. We have one more mountain range, the Richardson Mountains, to cross before descending to arctic coastal tundra and the indigenous communities of Fort McPherson, Tsiigehtchic (scenes of the epic story of the Northwest Mounted Police and the “Lost Patrol”) before reaching our final destination for the day at Inuvik. Inuvik is the hub of the western arctic and home of the Inuvialuit, in whose language the name means “Place of People.” We’ll make this our base as we explore the arctic coast. (Overnight accommodation in Inuvik)

During the winter, an Ice Road connects Inuvik with Aklavik, across the twisting channels and muskrat push- ups of the Mackenzie Delta. We’ll drive this winter road of hard blue ice and explore the old town, where a few die-hard residents have stubbornly held on, even after administration was moved to Inuvik. For a taste of traditional winter travel, we’ll also take a tour by dogsled along snowy trails (optional). (Overnight accommodation in Inuvik)

It’s a full day today as we head north on the newly completed road to Tuktoyaktuk, an isolated coastal village. We’ll have a tour of the town and have a look at the pingos rising up from the tundra. After that we’ve been invited to muktuk and mipku with an Inuvialuit family. Don’t know what a pingo or muktuk is? You’ll find out today. (Overnight accommodation in Inuvik)

There’s just enough time to pay a visit to the Igloo Church this morning before we board the plane back to Whitehorse. Once in Whitehorse, we have the afternoon free for shopping, resting, and exploring the town a little further. (Overnight accommodation in Whitehorse)

Today marks the end of your great adventure, and your departure from Whitehorse. Transfer to the airport or to a connecting program. (End of tour services) Due to the nature of this tour last-minute changes to the itinerary are a possibility and are left up to the discretion of the guide. 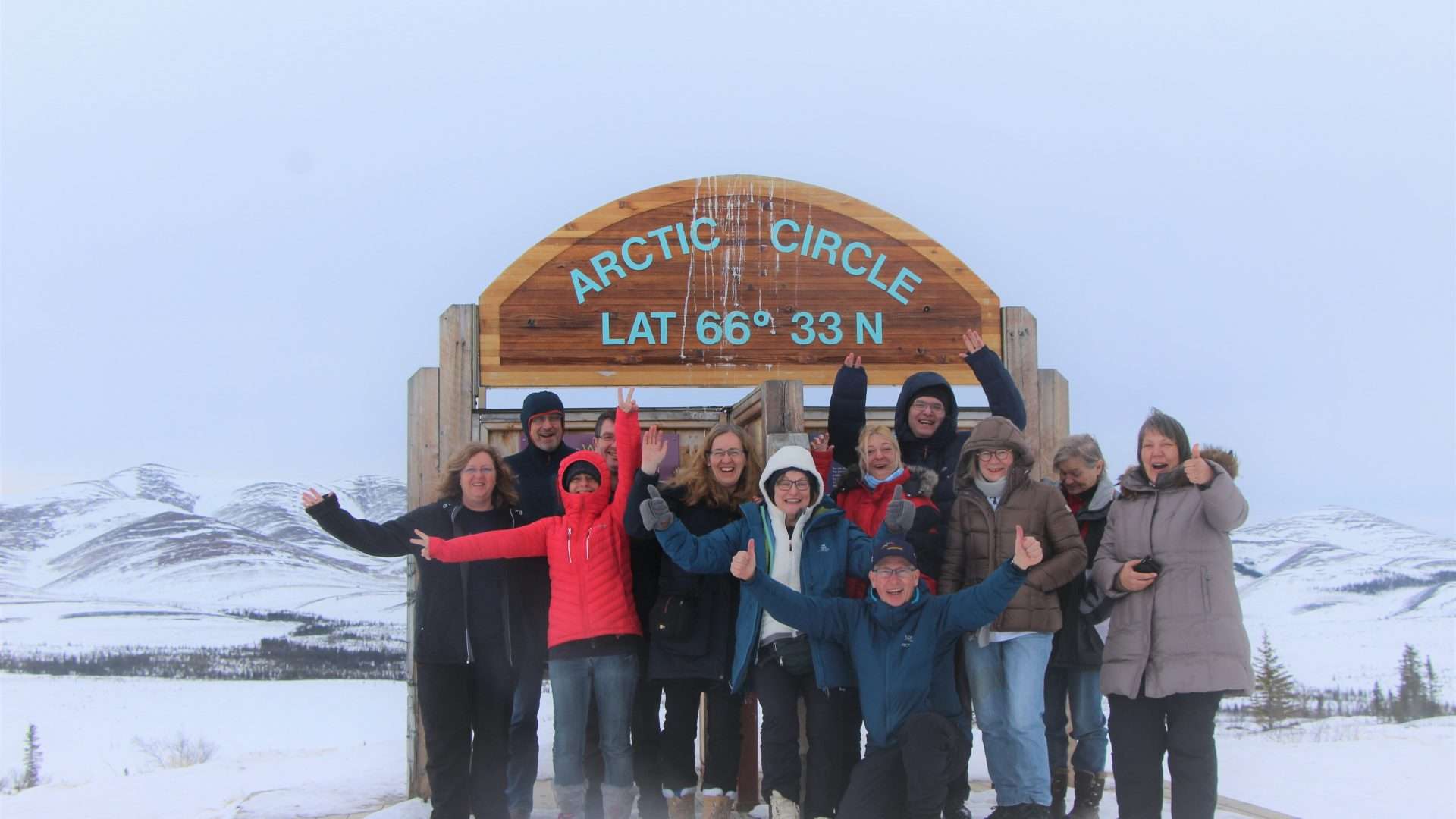 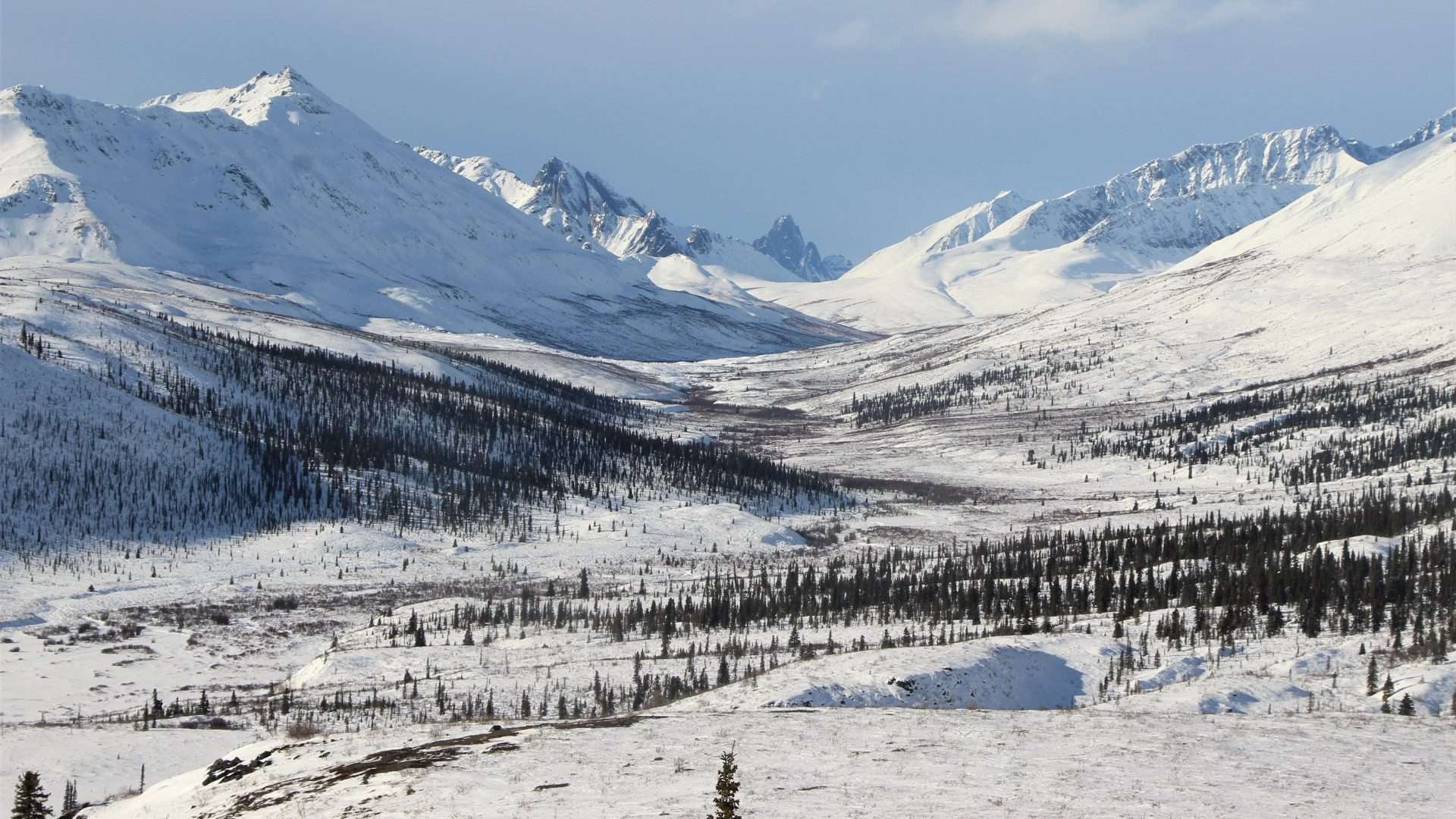 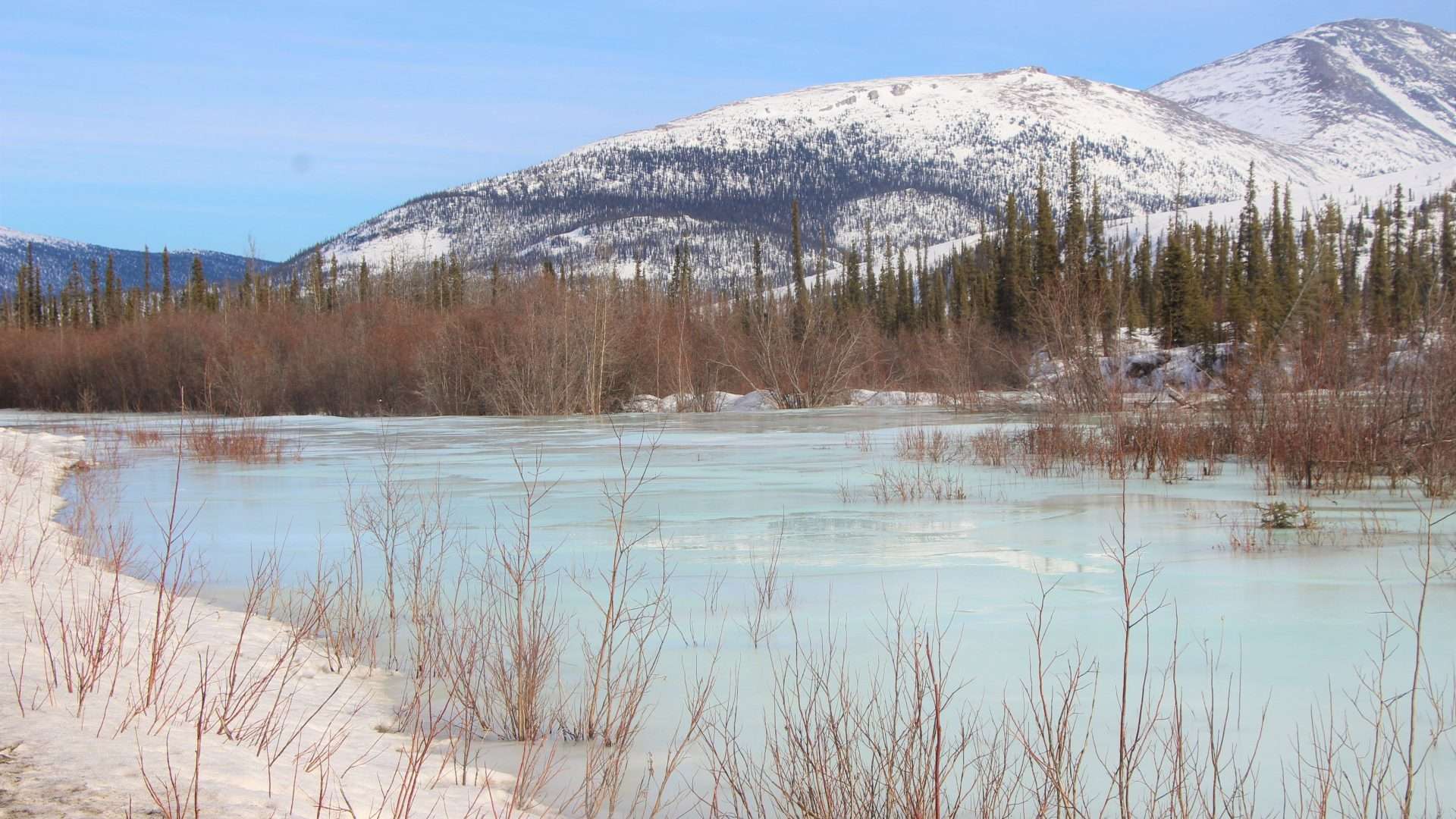 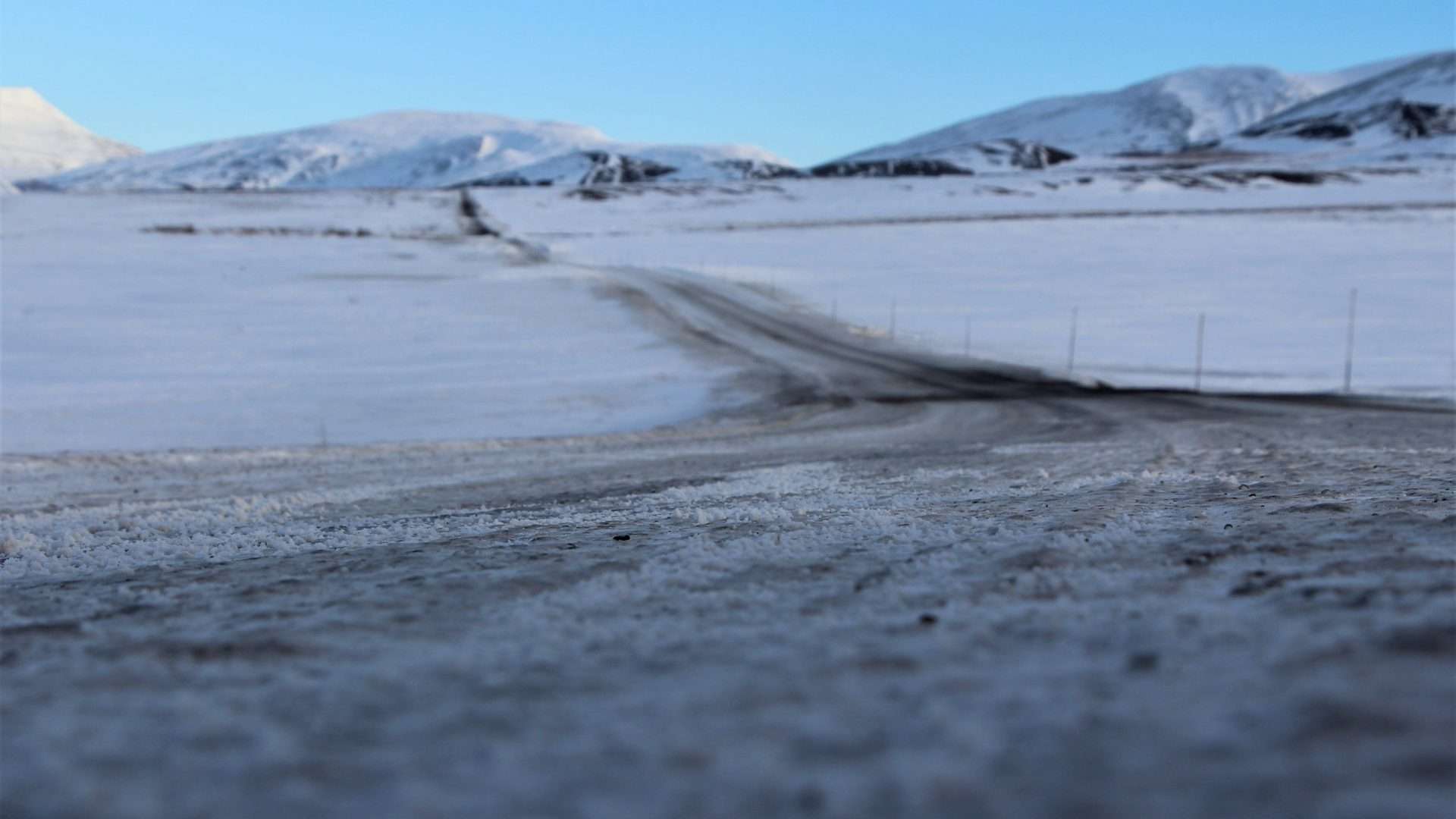 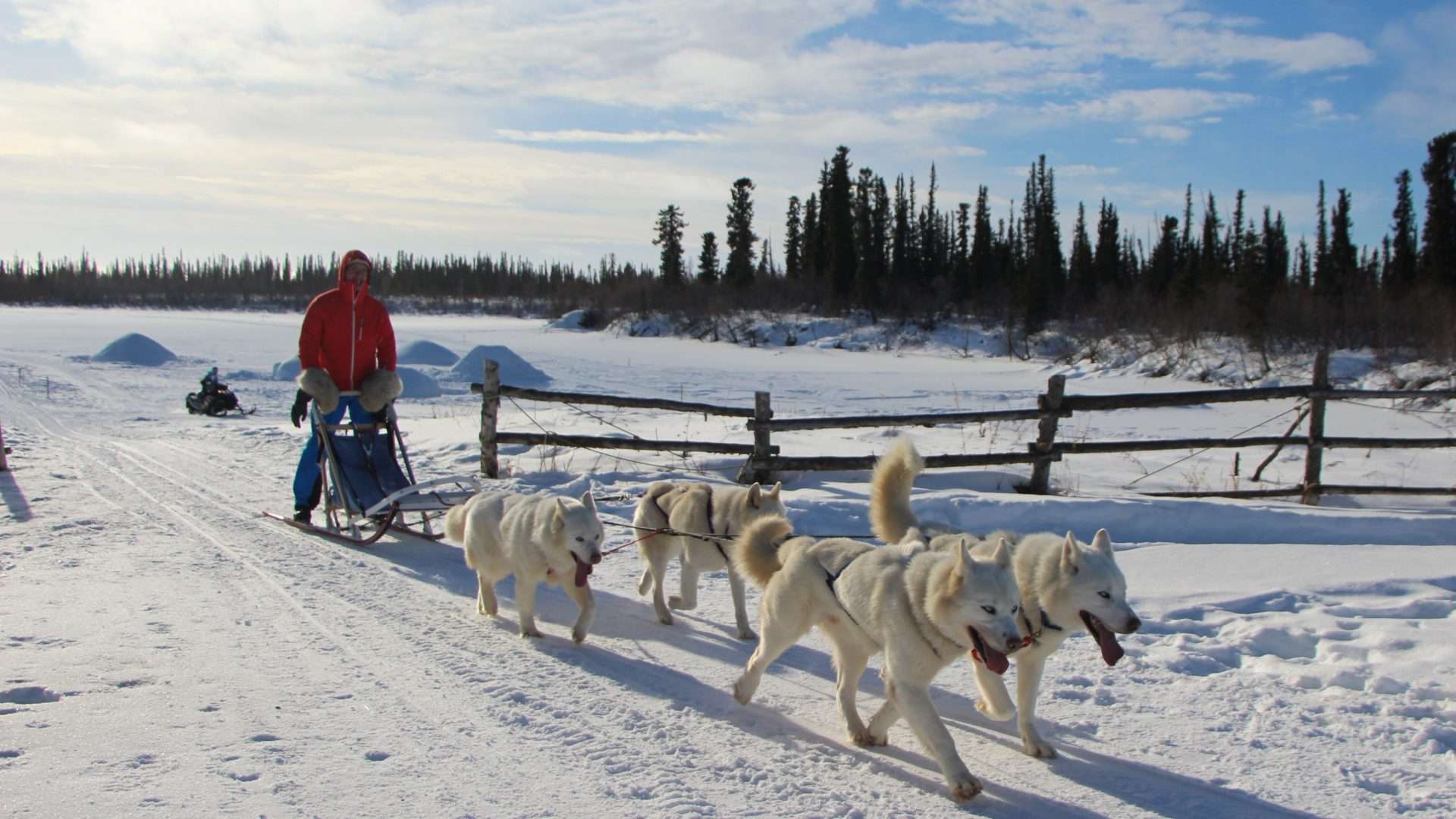 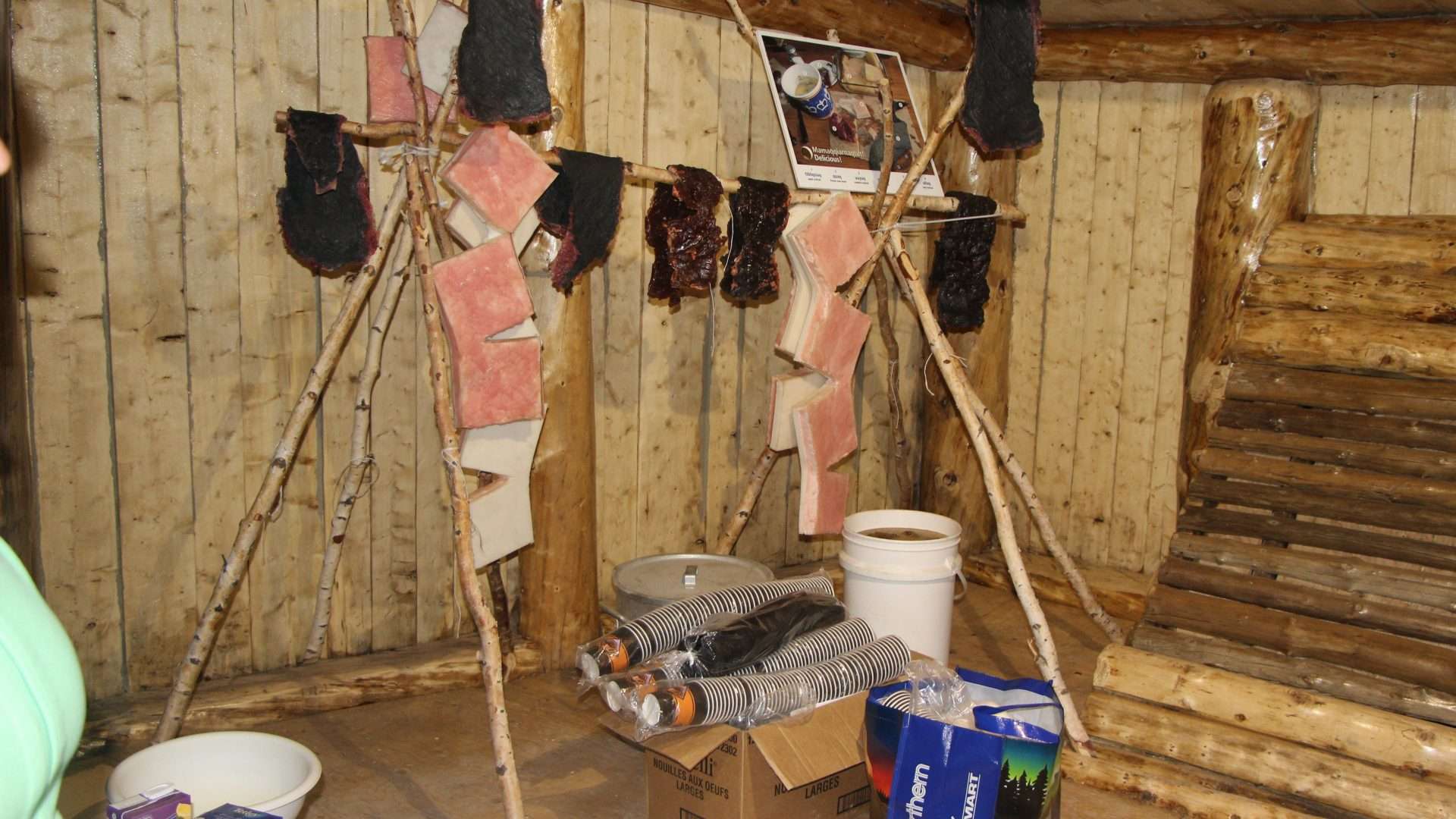 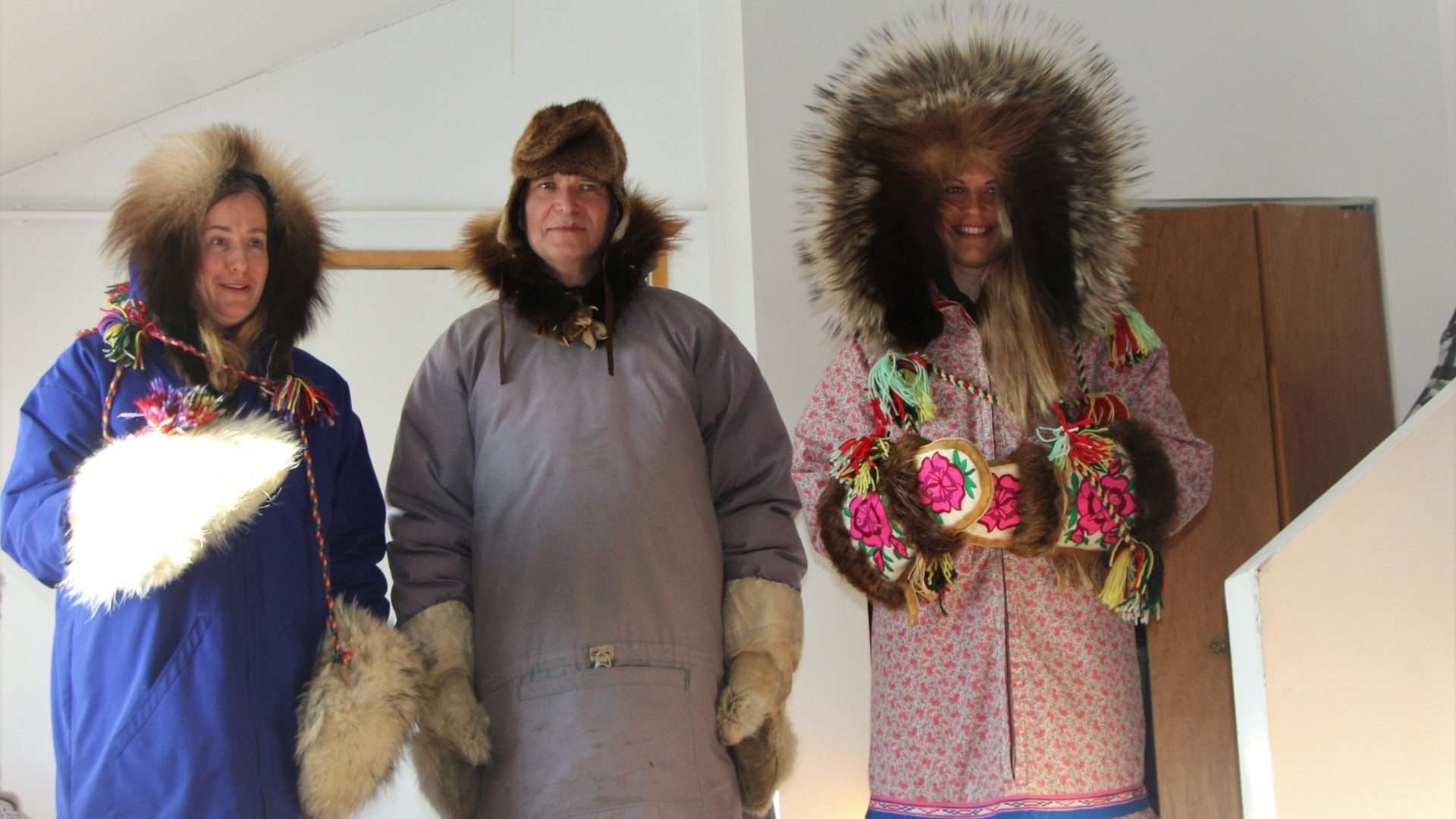 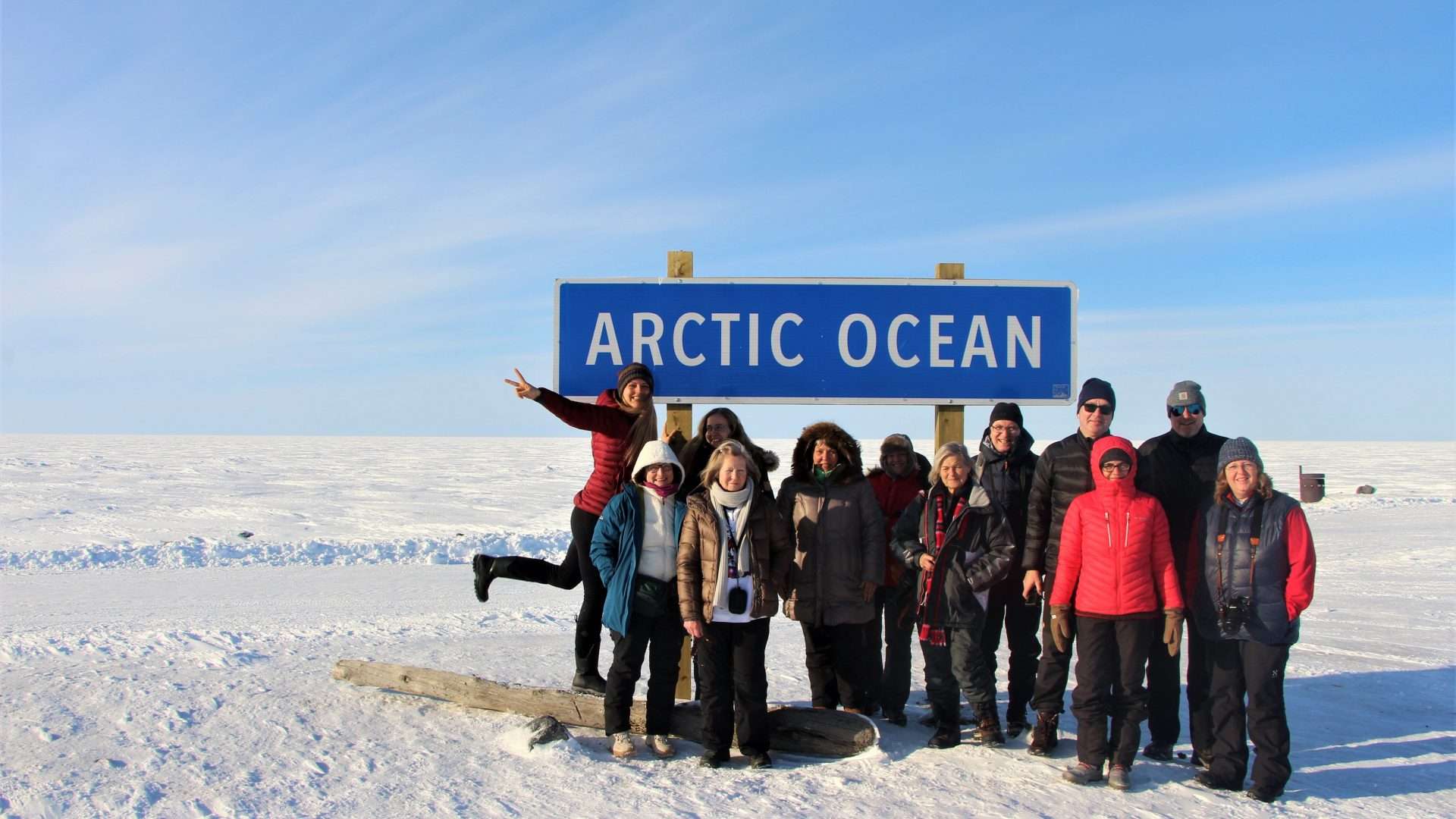 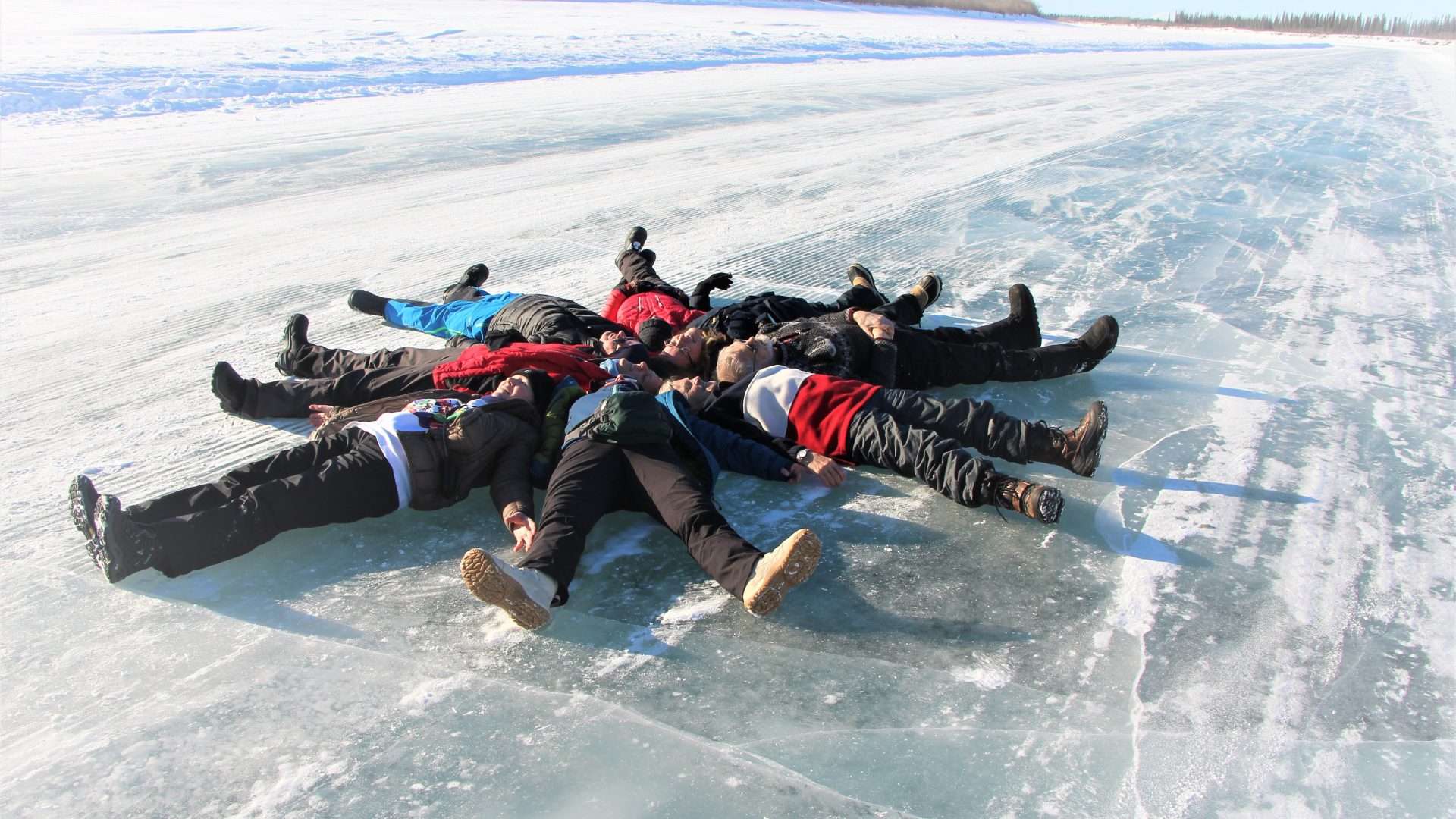 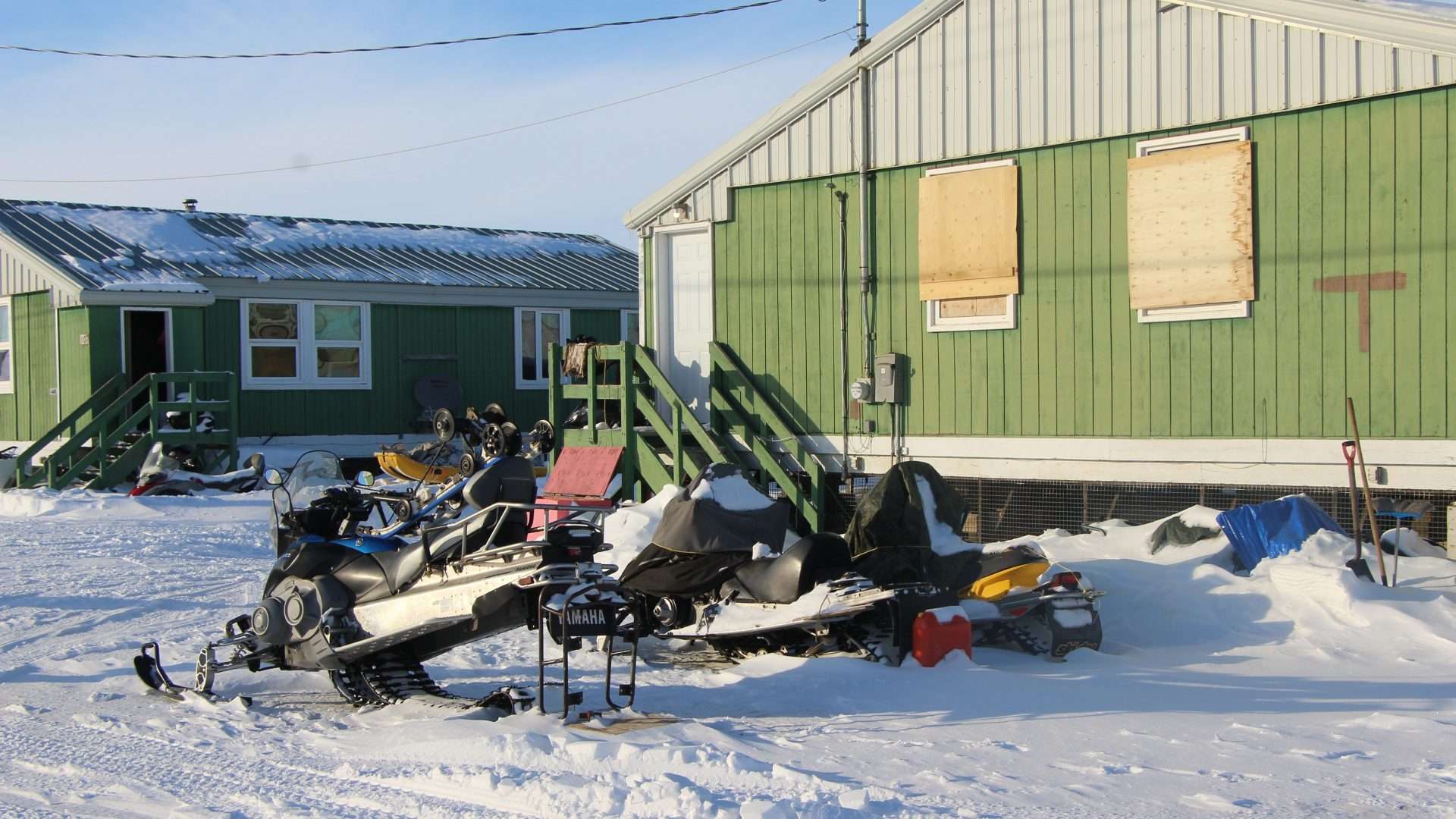 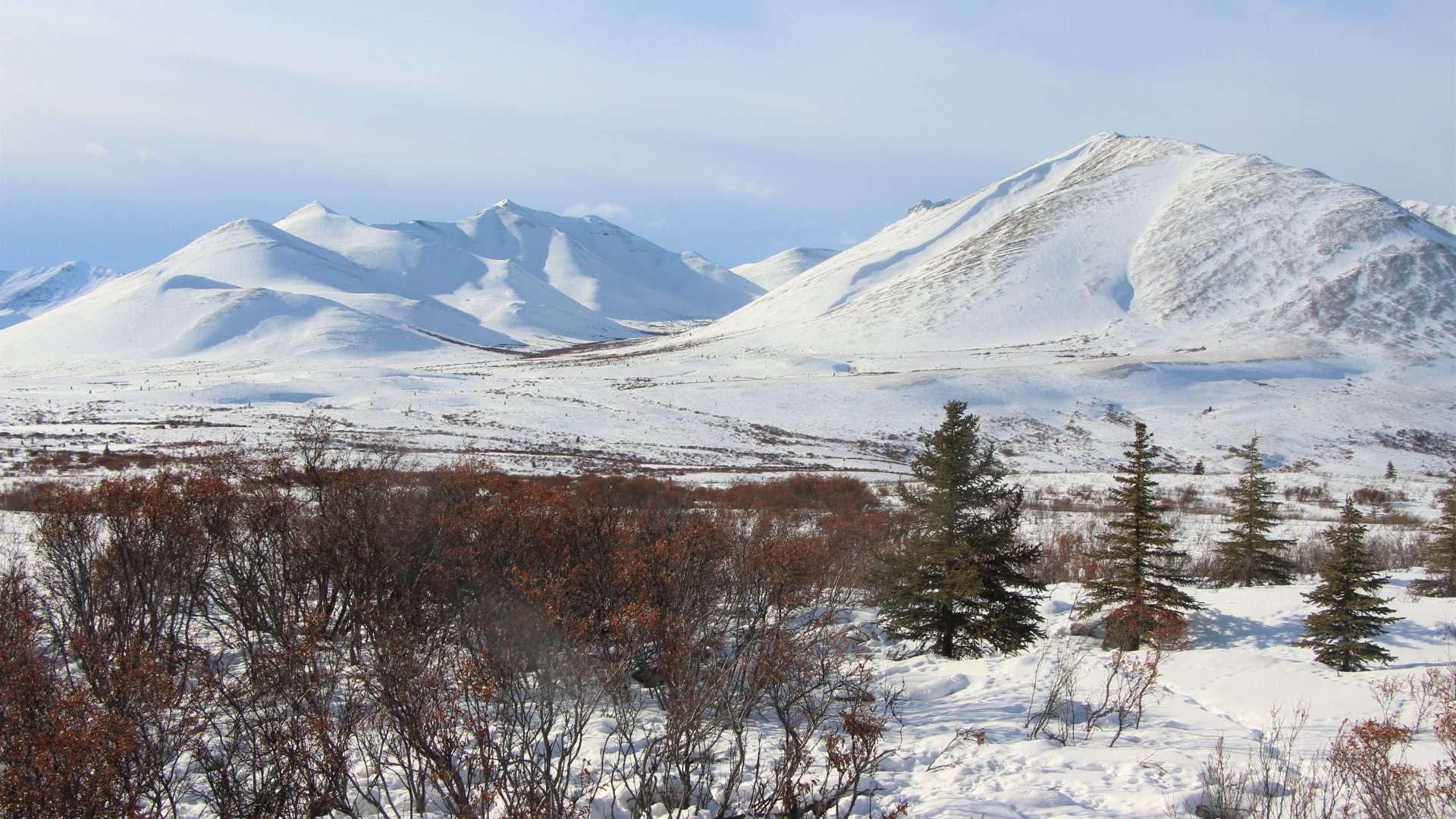 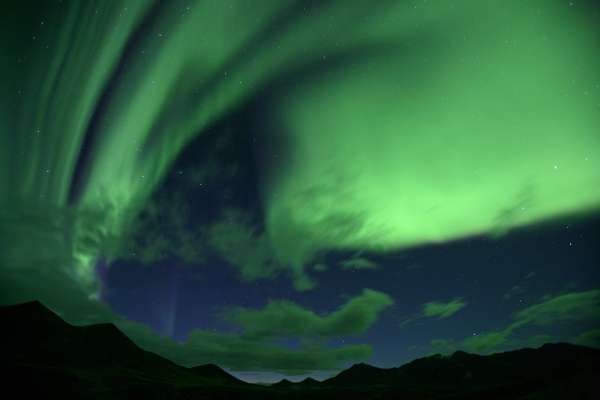 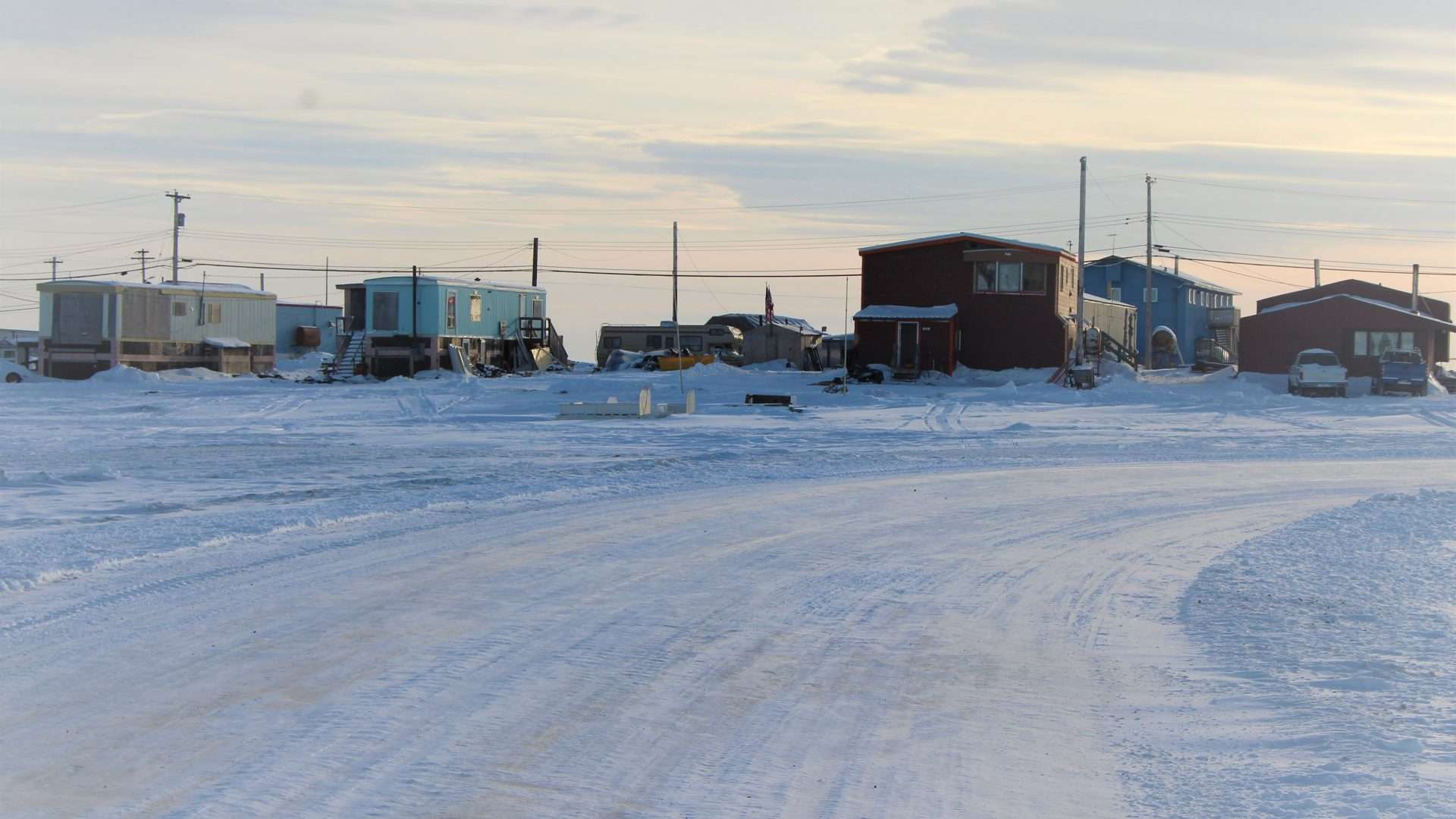 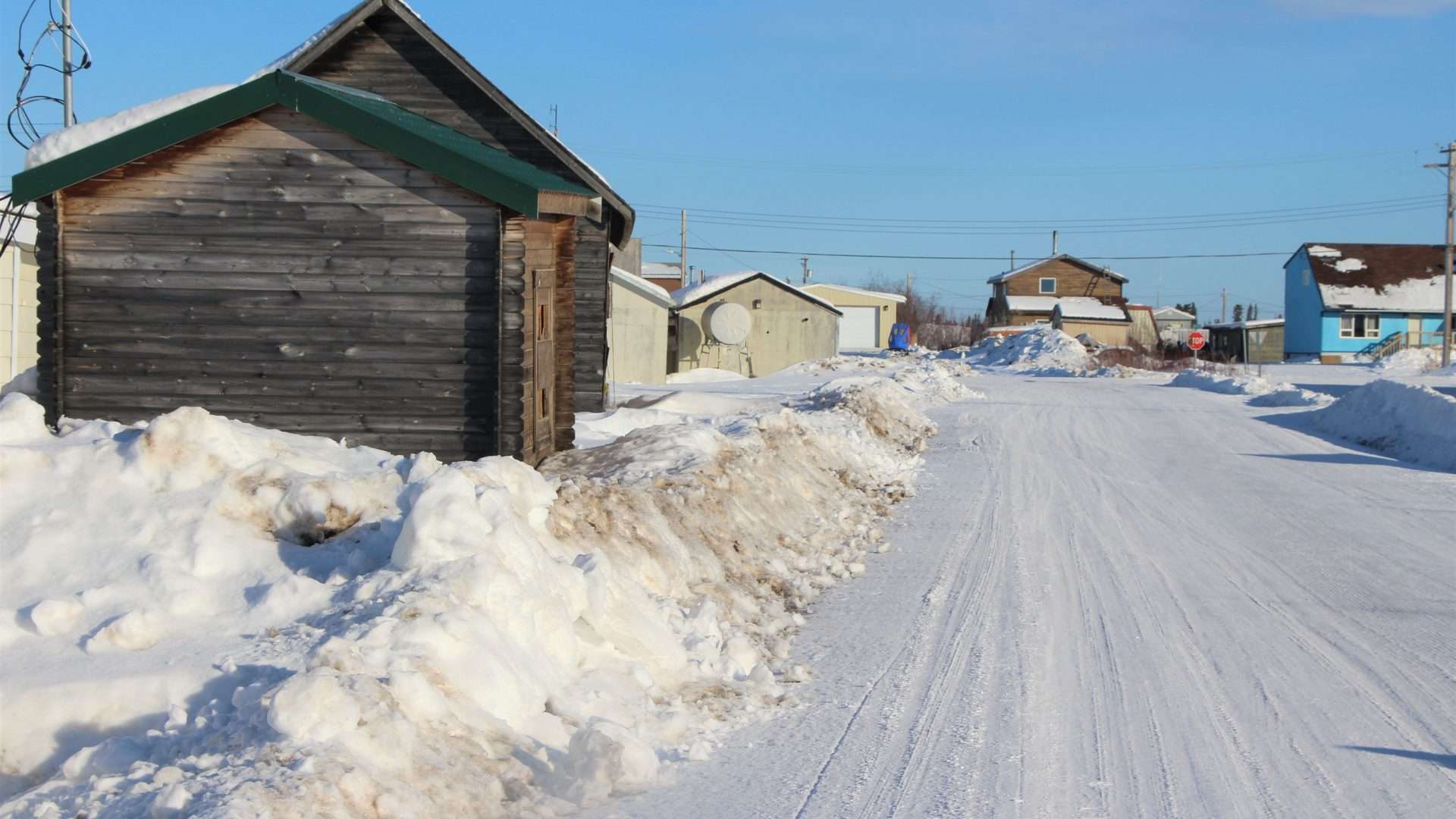 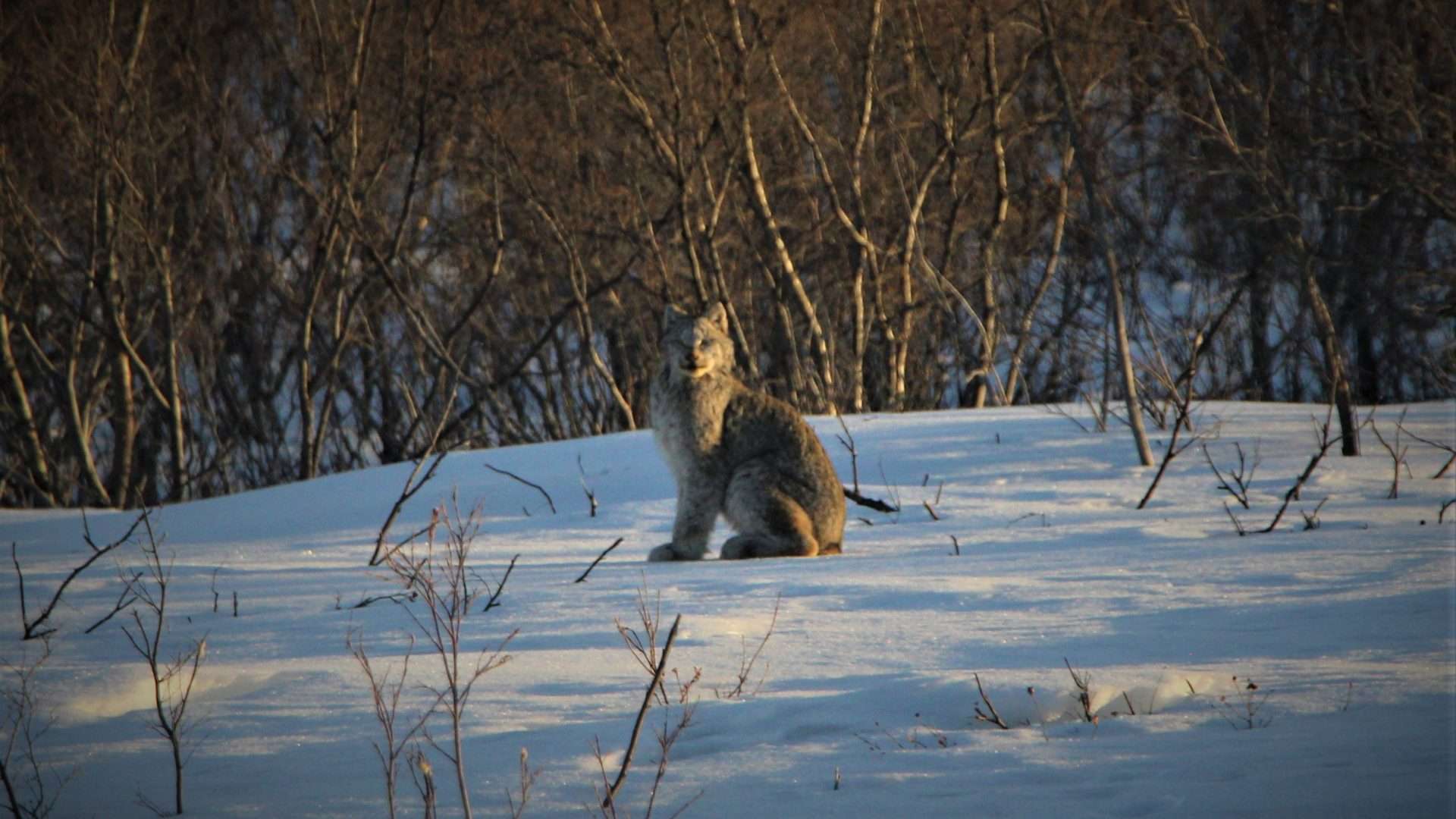 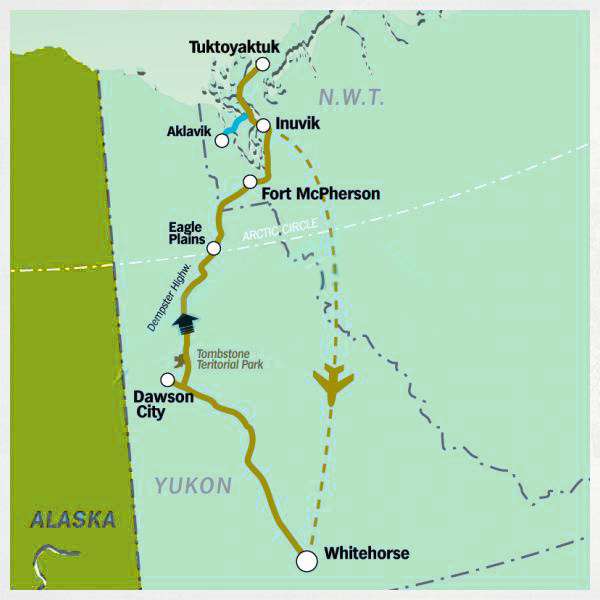 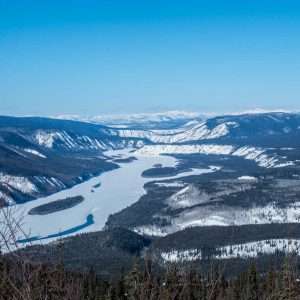 Get a real feel of life in the Great North by visiting Whitehorse and adventuring in and around the historical... 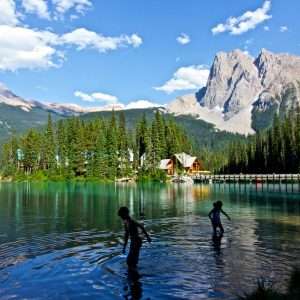 On this hotel-based highway sightseeing tour, you’ll experience some of the most spectacular scenery and national parks Western Canada has... 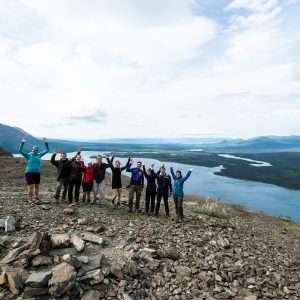 Alaska is a land of trails. Trapper trails, prospector’s trails, musher’s trails, the trails of famous explorers, and the trails...